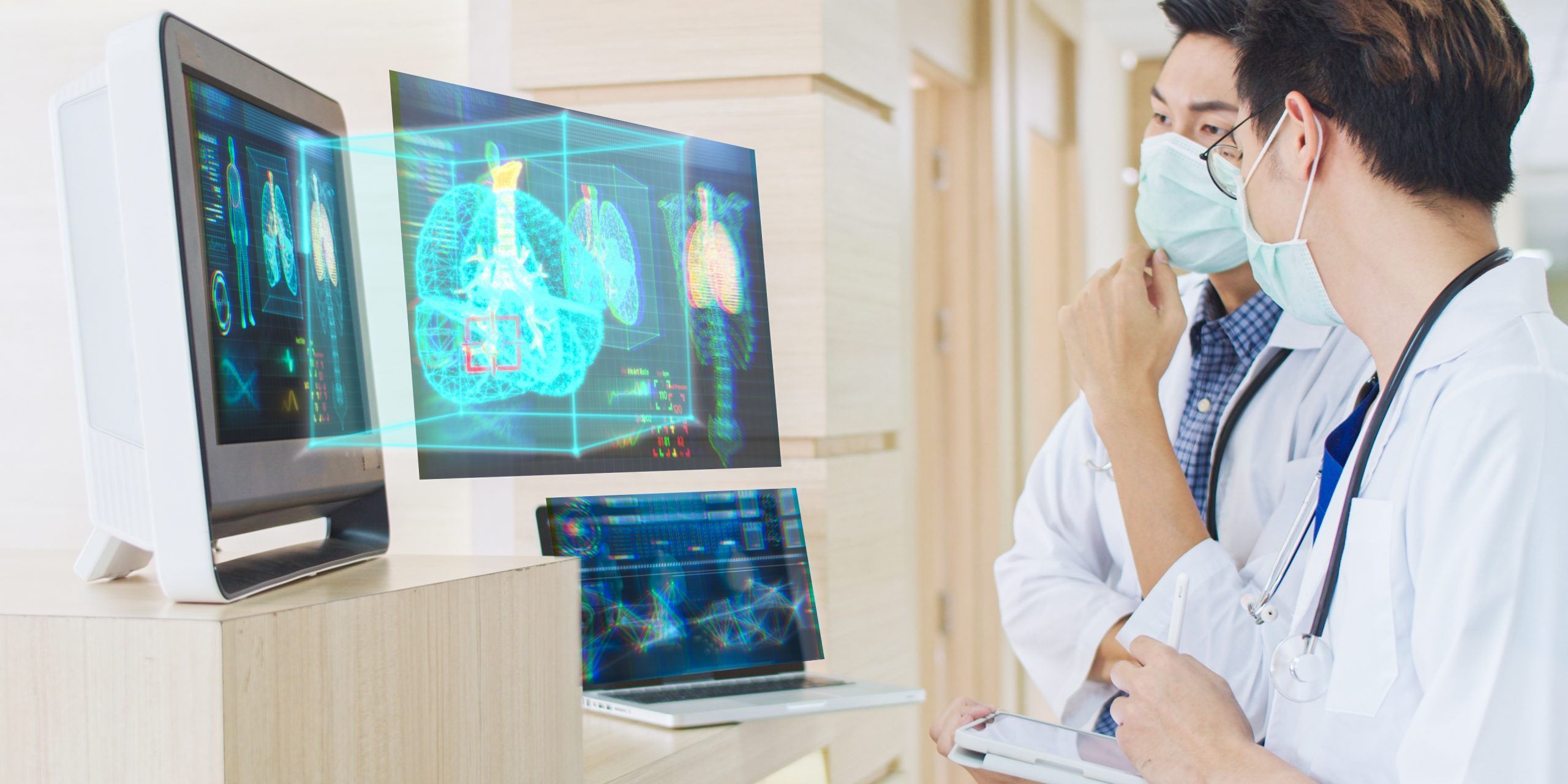 Complex surgeries require precise planning. While 2D imaging techniques still have an essential role in diagnosis and preoperative planning, mixed reality (MR) tools that provide realistic and accurate anatomical representation are on the cutting edge in procedures such as cardiovascular surgery.

This technology was recently used for a successful heart surgery on a 13-year-old girl named Rosemaylee with an extremely rare lesion in a location that made surgery very complicated as well as perilous. The surgeons at Nicklaus Children’s Hospital in Miami saw that 2D images revealed a sinus of Valsalva aneurysm that had ruptured into the left ventricle, causing serious aortic regurgitation. The child’s condition meant that blood was flowing backward from the aorta into the left ventricle. Without surgery, this would lead to heart enlargement, heart failure, and ultimately death.

It was through the use of mixed reality that her surgeons were able to successfully perform the difficult surgery without complications. In this blog, we’ll look at how MR was used to plan the surgery, perform the surgery, and foster patient understanding, comfort, and trust.

Just what is mixed reality?

Technology brings us the power to create all sorts of realities. MR blends the physical and digital world, allowing 3D interaction between humans, computers, and the environment. It differs from virtual reality and augmented reality, using the technology of both.

MR has applications in many industries, but its largest impact is predicted to be on healthcare. There’s a good reason for that, as illustrated by the case at Nicklaus Children’s Hospital.

We’ve described Rosemaylee’s heart issues. Unfortunately, the aneurysm was encircled by three heart structures that were both critical and delicate. Surgeons had to find a way to remove the lesion without harming those areas.

MR allowed her surgeons to create multiple 3D models of Rosemaylee’s heart, including operable and dissectible models to plan their surgery. The use of MR software produces 3D holographic images from CT, MRI, Angio CT, PET, and SPECT-TC scans that can be examined in real-time.

This meant the surgeons could precisely plan how they would perform this delicate four-hour operation, which was a complete success. One of her surgeons said he felt like Superman. And he is not alone – a recent study said that cardiothoracic surgeons find great benefit in 3D visualizations. For 65%, surgical plans were changed, 40% felt more confident, and in 95% of cases, the visualizations compared well with the anatomy found in the operating room.

The 3D MR images also served as an aid for patient communication. Rosemaylee was able to view the 3D images, touch them, and examine them. Before interacting with these, she said she was nervous. Afterward, she expressed confidence in her surgeons and felt much more comfortable.

Prior to surgery, Rosemaylee’s surgeons used a 3D printed model that they could physically cut. This helped them plan the tools they would use during surgery and some of their cuts. They also used 3D holograms, which gave them better depth perception and provided a better representation of the organ (studies into printed models have found that they are not satisfactorily accurate alone).

This is why the surgeons used both. A 3D print of a heart doesn’t have the right surface characteristics. It lacks color, texture, and lighting. A holographic model creates a much more realistic image, even if someone is viewing it on a computer or mobile device. Sharing is harder and takes longer with a 3D print, whereas a hologram can be shared electronically. Had Rosemaylee’s surgeons needed a consult from a doctor anywhere in the world, the holograms would have been invaluable.

Mixed reality technology shows incredible promise in improving the precision, invasiveness, and outcome of surgeries and allowing patients to gain a better understanding of their conditions and treatment. For Rosemaylee, it allowed her surgeons to not only precisely plan her surgery, but also to reduce the overall trauma. After seven days, she was able to go home and resume her life.

DICOM Director: Getting an edge before you cut

Our cloud-based, 3D-modeling tool Intravision XR creates 3D visual models with unparalleled visual detail, whether you view them using AR, VR, MR, or simply a mobile phone. You get full anatomical visualization into internal structures in less than 15 minutes that can be scaled, magnified, rotated, and viewed from any angle.

Any DICOM dataset can be used to create 3D holograms that improve planning, allow for more surgical precision, and elevate patient outcomes. Reach out today to get started with a free trial.