Not Your Momma’s Mammography 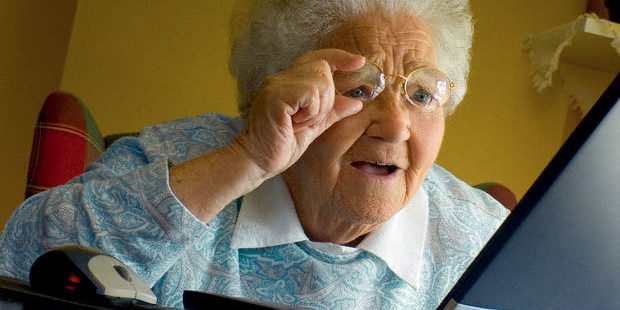 It’s shocking to think that just a few short decades ago, mammography was a rare procedure offered by few radiologists. In fact, the first completely dedicated mammography unit was developed by Gros in France In The Middle 1960s.

Needless to say, things are a lot different now. Mammography is taken seriously by both physicians and patients because of how it can detect breast cancer early, leading to effective treatment.

Not only has the proliferation of mammography evolved, but so too has the technology and methods used to screen for breast cancer.

What does this technology look like, and how has it evolved? Let’s take a look.

This is probably the method you’re most familiar with. Digital mammograms account for a majority of the estimated 48 million exams given each year in the United States.

Digital mammograms generate images of the breast tissue which are fairly clear, produce contrast, and are easily converted.

It’s a fairly straightforward process. The patient’s breast is placed on a flat support plate and is compressed with another plate called a paddle. An xray apparatus shoots low doses of xray through the breast tissue to a solid state detector. Compressing the breast will reduce x-ray scatter, leading to a better quality image. The solid-state detectors transform the x-rays that pass through them into electronic signals that are directed to a computer. The computer then converts these electronic signals into images that can be displayed on a monitor and also stored for later use.

Prior to digital mammography, mammograms were recorded on films and were of lower quality.

Digital mammograms are straightforward and have proven effective for both screening and detection for breast cancer. Surely there’s no better way out there, right? 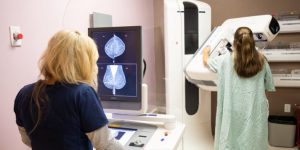 Here’s where mammography has been taken to another dimension.

As we’ve mentioned, digital mammography provides relatively clear digital images for a physician to analyze. The problem with these images is that they are extracted by 2 dimensional methods. The relative lack of the clarity of these images means that it’s not uncommon for patients to have to undergo multiple mammograms, exposing them to radiation they should be able to avoid.

3 dimensional mammography, known as digital breast tomosynthesis (DBT) provides a better overall picture by gathering images with a new perspective. The procedure for the patient is virtually unchanged, with the breast compressed the same way, however 3D mammography is an imaging procedure in which an X-ray moves in an arc over the breast, taking multiple images from different angles. The 3D pictures are synthesized by a computer into very thin slices, making it easier to see tumors.

Well, the thin slices are compiled into a clear image that removes any overlapping structures from obscuring anomalies.

Mammography in XR: The Future is Now

As we’ve discussed, taking medical images in 3 dimensions provides a better quality picture for the doctor to examine. The better the quality of the information, the better the outcomes for the patient.

The problem with 3D mammography is that while the images of the breast are taken “3-dimensionally”, they’re still viewed in two dimensions.

Fortunately, the capability to view any medical image in 3D is now available in the form of XR technology like headsets. XR refers to Extended Reality, which is an umbrella term for AR(Augmented Reality), VR(Virtual Reality), and MR(Mixed Reality).

Consequently, medical images can now be viewed from a perspective of total clarity. In 3D, physicians can view images with complete anatomic detail, both spatial relationships between whole organs themselves and detailed internal structure of internal organs.

This eliminates a lot of the “guesstimating” that occurs around mammography and viewing medical images of the breast, which further reduces repeat testing.

The best 3D images of mammograms will not only allow physicians to view medical images in 3D, but to also interact with these images. Slicing the holograms, examining the structures inside, and manipulating them in space empowers physicians to better plan complex medical procedures.

We at DICOM Director provide all this functionality and more. To understand exactly how XR can enhance medicine, check this out.