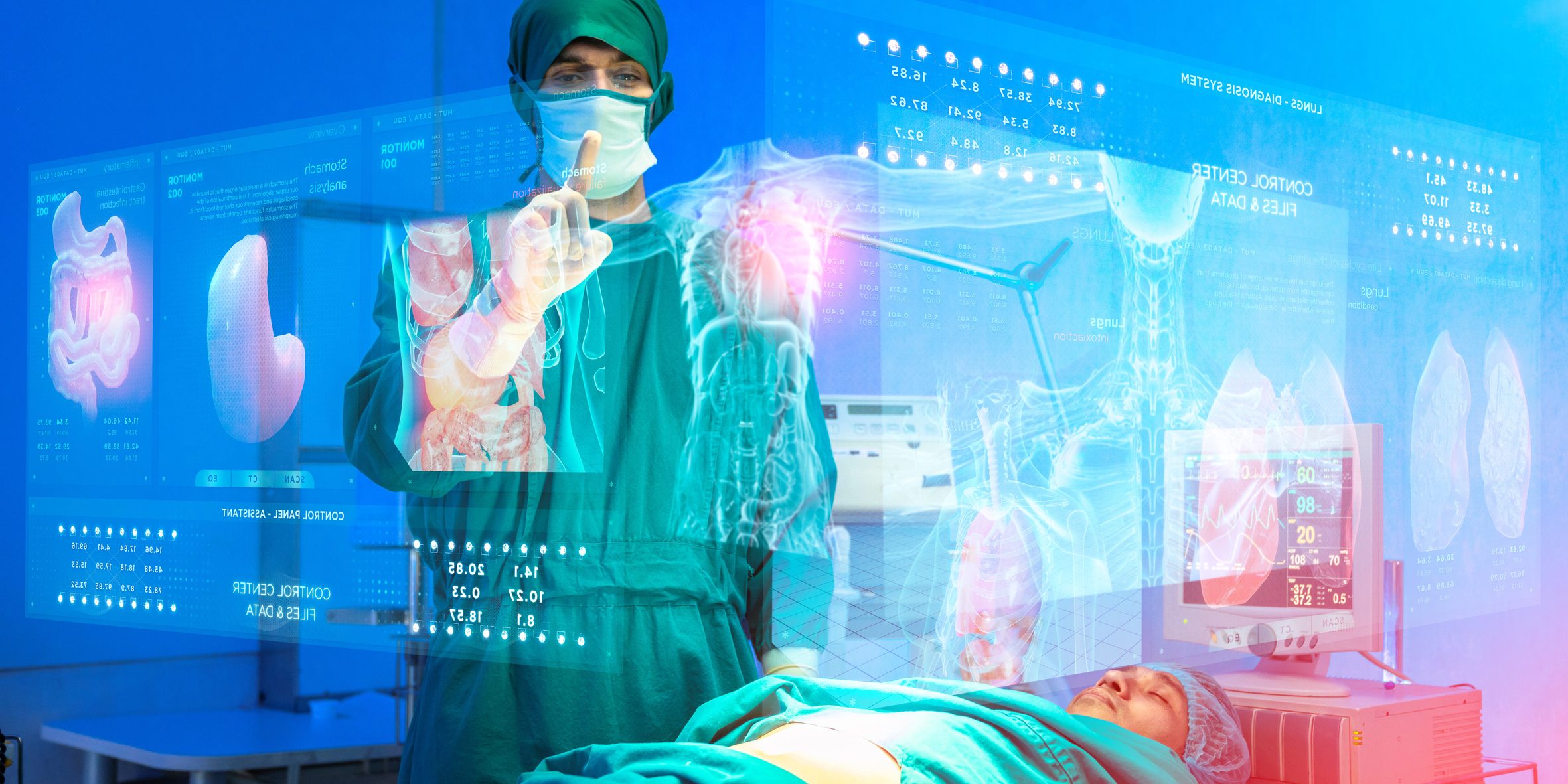 Today’s Augmented Reality (AR) tech has reached a stage of sophistication where it can be easily implemented to enhance procedures and outcomes. An increasing number of life sciences companies have either started using it or are contemplating its use.

Surgeons are always on the lookout for different ways to optimize surgical procedures to get the best possible outcomes. Augmented Reality has the potential to bring a radical improvement in the way surgeries are performed.

The traditional way of doing surgery

Currently, the way most surgeries are performed is that during the pre-operative phase, surgeons make a mental image of the area of interest and then initiate the surgery. During the surgery, surgeons can look at the medical images of the patients on their computer screen to ensure that the procedure is going according to the plan.

Medical imaging has seen many technological advancements. However, how surgeons see medical images on their computer screens has not evolved much. Surgeons have to look away from their hands and the patient toward a 2D flat screen to extract information from the visual data.

The medical images typically available to surgeons in an operating room also may not correspond to the perspective of the viewer because they come from the perspective of the imaging device. Further, differing data are presented separately, which means that doctors have to look at different types of data and make a coherent picture out of it all by themselves. It takes considerable effort to mentally fuse all the available information, such as CT scan and angiography, for a clear picture of the surgery.

The benefits of AR technology

AR encompasses a set of technologies that can be used to overlay digital information on the physical world. Industry analysts predict that the use of AR technology is going to grow 23% from the years 2017 to 2023. Research has also shown that the use of AR has been efficient in different branches of surgery.

AR is already being used in surgical visualization. In AR, 3D holographs are constructed from medical images that can be superimposed on live video camera images, allowing surgeons to simultaneously interact with the overlaid virtual images and the surgical site in a semi-immersive environment.

Medical facilities, such as the Maryland Blended Reality Center, Stanford, Duke, and John Hopkins are all currently using AR to improve surgical procedures.

Typically, the AR tech is used with an AR headset, such as Microsoft HoloLens, which superimposes the digital images and other data directly on the surgeon’s field of view. For example, the headset might display an echocardiogram above the patient body, which means that the surgeon doesn’t have to look away toward different displays to gather information about the patient.

Given below are a couple of case studies representing the success of AR in surgery.

Procedures conducted by doctors in Israel have shown that 3D printing when used in conjunction with AR can result in more efficiency.

The surgery was performed on a 31-year-old patient suffering from double vision because of a fractured left eye socket. The patient’s face had also become considerably less symmetrical after the fracture.

The corrective surgery happened in Galilee Medical Center where doctors took a CT scan of the right eye socket of the patient, to begin with. Then, they printed a 3D implant out of titanium.

While conducting the surgery, one of the doctors wore a HoloLens connected to the modeling software. The virtual model was used as a guide for the real-time placement of the implant.

The surgery was completed in just an hour and a half. The use of AR technology along with 3D printing helped achieve not only a significant reduction in surgery time but also a more accurate procedure.

Latin America’s first surgery based on AR technology was performed on February 21, 2020. An AR-based system was developed for the Christus Muguerza hospital, Conchita.

During the surgery, the system gave surgeons access to the patient data such as medical images and 3D models that were mapped onto the body of the patient, visible via the HoloLens.

The AR system ensured that surgeons had all the information available in their field of view and they didn’t have to look back and forth between the patient and the computer screen.

The AR system also helped the surgeons to determine the best point of entry, resulting in reduced recovery time and optimized surgical outcomes.

Intravision XR is a medical 3D modeling software tool that creates 3D holograms of patients from DICOM datasets such as MRI and CT scans. These models can provide unmatched detail by using either AR or VR. The models show complete anatomical detail while depicting true spatial relationships between organs and internal structures.

For further information about the AR solution that we can offer you, please contact DICOM Director today.